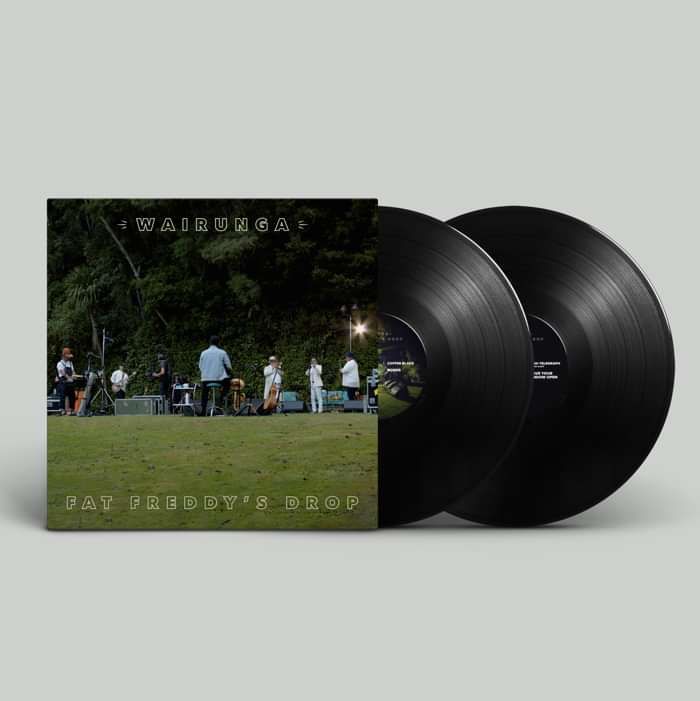 In lieu of international touring, Freddys have been exiled to their BAYS studio using the time to jam and boil up songs at their leisure. Freddy trumpet alchemist Tony Chang says with a swag of fresh material ready for road testing all they needed was the right space to perform and record. Wairunga high above Waimarama Beach got the nod.

Wairunga is a place etched into the DNA of Fat Freddy’s Drop who’ve roamed here for over 20 years; to party, relax between tours, make a song Wairunga Blues in its honour and even to get married. Farmed by the Parker family for a century, Wairunga is an oasis of green pasture and native tree filled valleys that fall away to the ocean below.

Throwing caution to the trade winds, literally, Freddys and their sound and visual recording crews set up on a grass tennis court surrounded by a forest backdrop. The weather was calm but as the performance progressed into night the elements turned with tempest-like bursts of rain and chill winds. Freddys dug deep to finish the session, nothing could stop the bush energy and music.

“We were definitely at the mercy of the elements there and the elements let us get away with it”, Tony Chang says.

Bush Telegraph is a reggae classic featuring MC Slave aka Mark Williams on the mic with freshly minted yum char spiced rhymes of hope. The other new tracks Leave Your Window Open and Dig Deep are loose rhythmic experiments that the band have been working on for a long time. Versions were developed, rehearsed, but then set aside – dismissed, demonised - only to be revived with new energy in some future moment of creative cohesion. The results are loose-limbed; broken and bruised beats smashing into subterranean bass and twisted up melodies. Freddys love playing this stuff.

Bones and Wairunga Blues are the two classics from Freddy's vast back catalogue. Off the Blackbird album, Bones has aged beautifully - like a fine wine - the song’s component parts matured and melded together in harmony and balance. DJ Fitchie rates this 2021 vintage superior to the 2013 original. Wairunga Blues has been a work-in-progress since it was released on Bays in 2015. Kuki dials up some appropriately off-kilter keys to match the wonky-funk laid down by Fitchie’s bass line and the horns. It’s a mighty comeback – and a fitting tribute to this magical place.